Coenties Slip, originally an artificial inlet in the East River for the loading and unloading of ships that was land-filled in 1835, is a historic pedestrian walkway in Lower Manhattan, New York City, in the heart of the Financial District. It is perpendicular to Pearl Street and originally extended east to South Street, a distance of three blocks. New York’s first City Hall once stood at Coenties Alley and Pearl Street, just to the north of Coenties Slip.[1] Although surrounded by skyscrapers, a row of buildings from the 19th century still stand and are in active use by small businesses.

The construction of these high rise buildings resulted in the removal of the blocks between Water Street and Front Street, and between Front Streetand South Street. Part of 55 Water Street and part of the New York Vietnam Veterans Memorial are built on land that was once part of Coenties Slip. Both Coenties Slip and Coenties Alley are named after Conraet Ten Eyck and his wife Antje.[2] 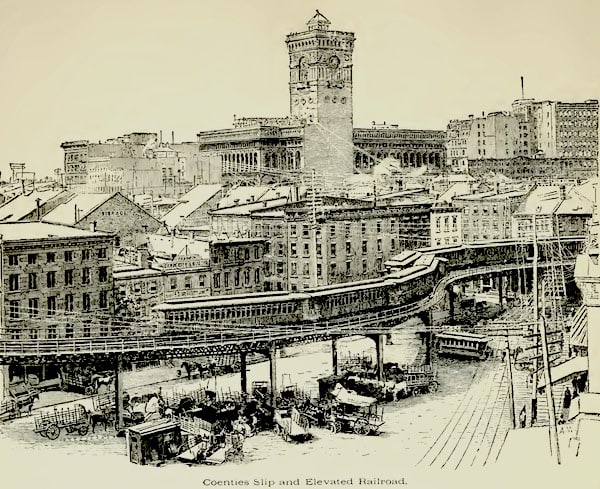