Oysters were a constant in the diet of Native American tribes who lived on the East Coast, and were equally well prized and made use of by European when they came along.  Oyster houses  (also called oyster bars or saloons or restaurants) were easy to find, and the prices were reasonable.

In the 1880s an oyster craze erupted and some  700 million were harvested in the vicinity of the city alone.((See Mark Kurlansky’s 2007 The Big Oyster: History on the Half Shell.  Random House))  So remarkable was this phenomenon that  the Fisheries industry to put together a report: The Oyster Industry (Ernest Ingersoll, 1881, U.S. Government Printing Office) which can be read online, here. 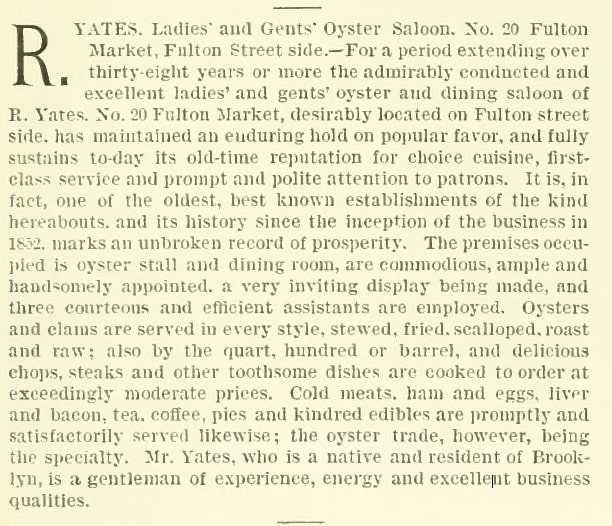