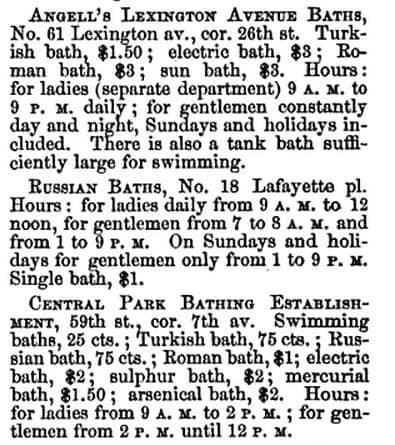 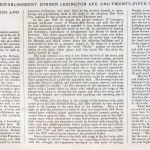 In the 1860s the European habit of Roman and Greek bathing began to find converts in the U.S.  By the 1880s there were both private and pubic baths in the city.

Asher & Adams’ New Columbian Rail Road Atlas and Pictorial Album of American Industry, Comprising a Series of New Copper Plate Maps Exhibiting the Thirty-Seven States … Together With Illustrations and Descriptions of Mercantile and Manufacturing Establishments, Machinery, Works of Art, Mechanism, Trade-Marks, Etc., Etc. … Compiled, Written, Drawn and Engraved Under the Supervision Of The Publishers, By Their Own Corps of Editors, Engineers, Topographers, and Artists…. New York: Asher & Adams, No. 59 Beekman Street. 1875